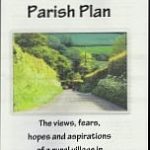 Work on the Whitstone Parish Plan started in November 2007. A public meeting called by and publicised by the parish council attracting a standing room only turnout in the village hall.

Following the formation of a steering group and the application for funds a letter was delivered to each address in the parish outlining the process that was going to be used in formulating the plan and asking for topics that residents would like to see addressed by the plan. From the results received (available in separate appendix) the steering group formulated a full questionnaire (a copy of which is also in the appendix) covering all aspects of life in Whitstone. The questionnaires were delivered by hand by a team of keen volunteers to each household, one per person aged over 6. The delivery team also called back at a prearranged date to collect questionnaires. By the closing date of 31/7/08 a return rate of around 80% had been received.

During the autumn and winter of 08/09 the results were analysed On March 21st 2009 a results evening and prioritisation event was held in the hall. The final plan has now been written and researched by the members of the steering group.

The finished plan will act as a focus for the village’s progress in the coming years. Improvements such as a 30 mph speed limit have already taken place but much work needs to be done improving youth provision and social amenities as well as many other improvements to raise the quality of life and prosperity of the Parish.

The Plan itself will achieve nothing. It is a tool, a tool for groups of volunteers and the Parish Council to use. A tool, which can help obtain funding but more importantly can galvanize the parish into action itself. As an example, when 76% of the parish feel that youth provision is insufficient, yes, the consultation result can give access to funding, but it is not for the council or well meaning volunteers to decide what facilities the young people need. Now we need young people to step forward to take the initiative, dare to dream that the facilities enjoyed by other communities could happen here.

There will be opportunities for interested groups to take projects forward in all sorts of areas. A village website, neighbourhood watch, we shouldn’t whinge about the lack of a pub in the village, perhaps we could get out and start up a social club. Above all the feeling that ‘nothing will ever happen in Witsun’ stops here.